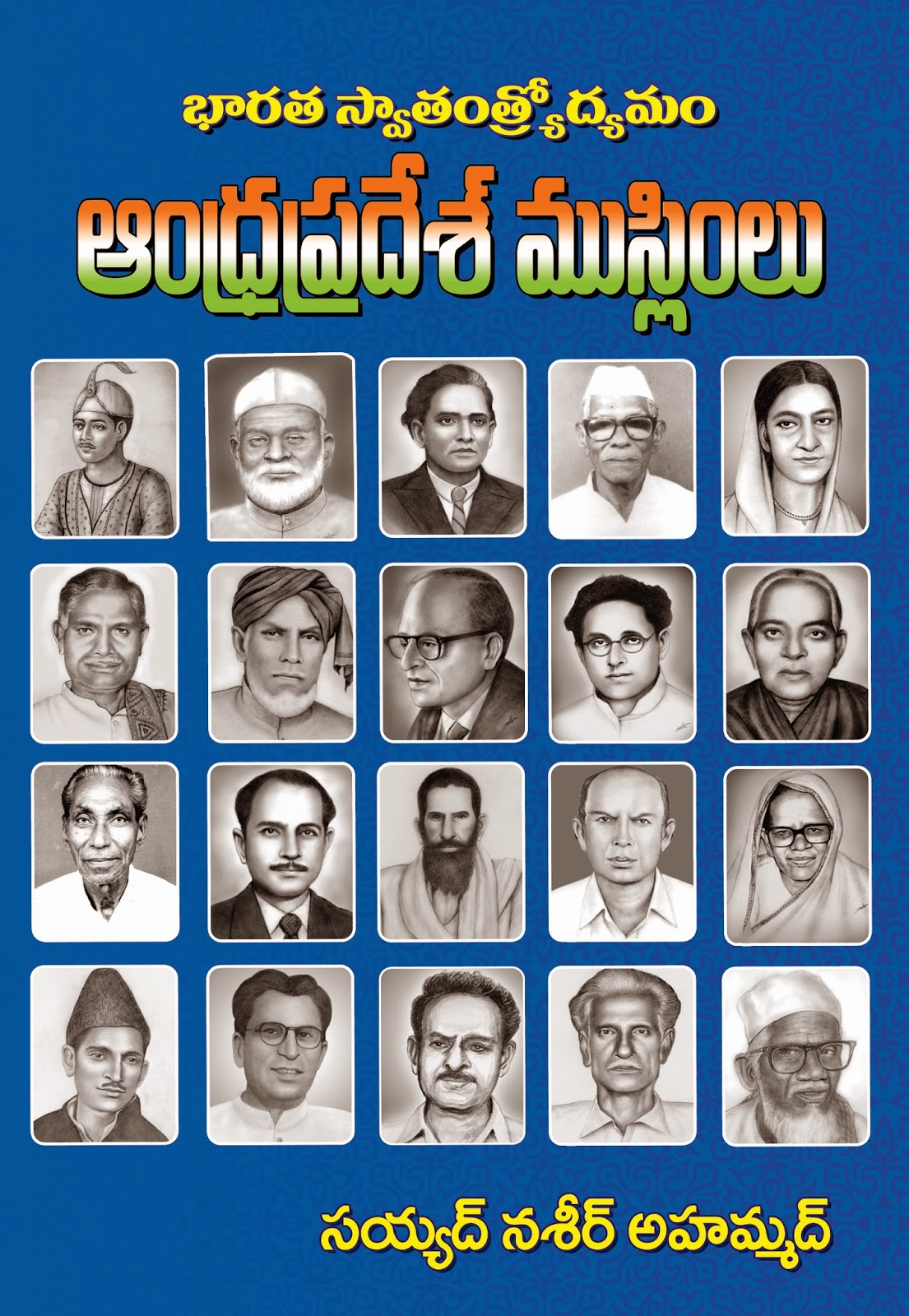 BOOKS OF SYED NASEER AHAMED in TELUGU.
(On the role of Muslims in the struggle for the freedom of India.

09) BHARATHA SWATHANTRODYAMAM : ANDHRA PRADESH MUSLIMLU.
( INDIAN FREEDOM MOVEMENT: ANDHRAPRADESH MUSLIMS )
Total 398 pages of 1/8 the Demmy Size, 2011.
It was published first time in 2001 August. Later on it was reprinted in 2001 December. After that it was completely revised and reprinted in 2011.

In this book the Role of Andhrapradesh Muslims in the Indian Independence Struggle is explained in detail. It gives general information about the role of Muslims in the struggle for India’s Independence starting from 1757 to 1948.
In Addition to this this book provides biographical sketches of 60 Muslim Freedom Fighters of Andhra pradesh in detail with their photos or pictures. Very rare photos will be found in this voluminous book.
No only this very Brief details of more than 720 Muslim freedom fighters of AP also given (District Wise)
If any one like to read this book, Pdf files will be sent to them free of cost on request to naseerahamedsyed@gmail.com
Posted by సయ్యద్ నసీర్ అహమ్మద్ at 00:40